Love, no matter what age you are, is one of the strongest, most beneficial emotions you can have. 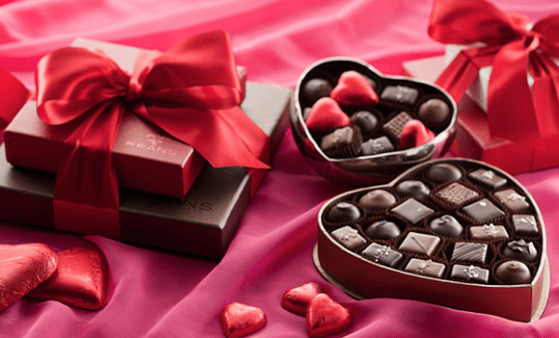 Love comes in many forms. Love for your pet Yorkie. Love of playing bridge with your friends. Love for your new grandbaby. Love of your partner or spouse of 40 plus years. Love produces positive emotions. It helps you fight disease and live longer.

With Valentine’s Day approaching, notice how many ways people tell each other: “I love you.” The sweet little peck on the check. Holding hands in public. Hugs. Lots of hugs. In fact, hugging and touching produce a chemical in the brain called oxytocin. According to multiple studies, hugs are a natural stress reliever and can help lower blood pressure.

Have you ever wondered why the sweet treat we call chocolate is synonymous with love? After conducting some research, it turns out those boxes of chocolate are more than just a token of love—there’s history and health benefits!

King Henry VII of England officially declared February 14 Valentine’s Day in 1537, but it wasn’t until the late 1800s that Cadbury produced the first box of chocolate. Coincidentally, physicians in the 1800s recommended eating chocolate to make their patients feel better after losing a lover. Last year, 36 million heart shape boxes of chocolates worth over a billion dollars were sold (according to eater.com).

If you receive a box of chocolates, here are some reasons to let your self eat it guilt free:

A bite of dark chocolate and a hug might be the perfect combination to boost your immune system and make you feel better.

It’s okay to enjoy a treat every once in a while. Just know which ones are good for you. Ask your doctor if you are unsure, and don't over do it. Moderation is always the best rule of thumb.