“Love. L-O-V-E,” says Jia Kai Chu when asked to share his thoughts on what it takes to make a marriage last.

During their 60 years of marriage, Chu and his wife, 83-year-old Hui Wen Liu, have been through a lot together. The couple is originally from the city of Harbin in northern China, where they said life was not always easy when they first got together in the 1950s. 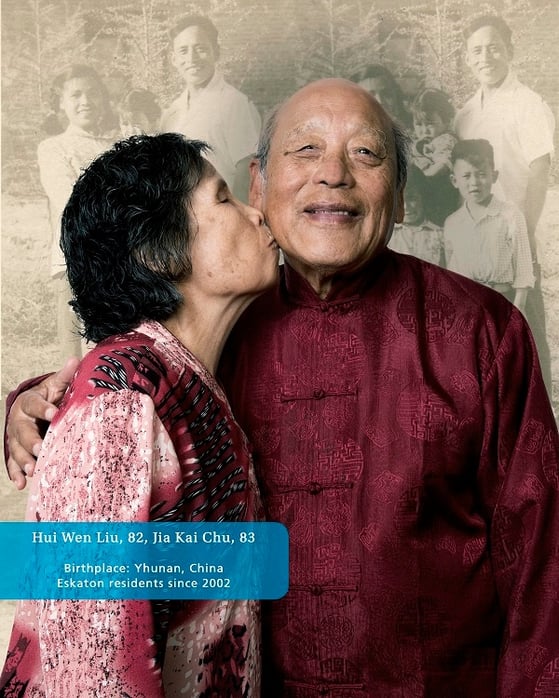 “We worked together and supported each other,” said Liu, speaking through an interpreter. “We had a lot of hardships but we still held hands to go forward.”

Those hardships included a 7-year separation after Chu moved to the U.S. and waited for his wife to get the necessary immigration documents to come and join him. The pair opened up a pizzeria in Berkeley, which they ran together for many years.

“I made the pizza, and she sold the wine,” Chu recalled.

But the couple say they are proudest of their family – their three children, three grandchildren, and 2 great-grand-children, most of whom live nearby in the Bay Area.

These days, the now-retired couple enjoys going for walks near their home at Eskaton Hazel Shirley Manor, and watching some of their favorite TV shows and Chinese movies together.

“She is a very good wife, she takes good care of me,” Chu says, looking at Liu. “I’m very lucky.”