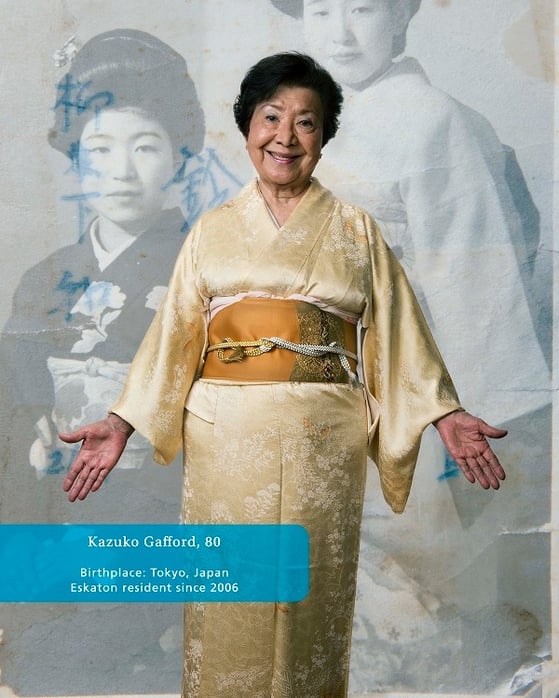 Kazuko was 22 years old when she immigrated from Tokyo, Japan, to America. Now at 80 years old, she has found herself living in California for half of her life.

After marrying an U.S. Army man in Tokyo, she moved to Michigan and lived with her mother-in-law. When she relocated to California, she raised three daughters by working two jobs: Days at a restaurant and evenings at a hotel. She dressed in full kimono every day at the Pinot Japanese Reaturant where she worked for 16 years.

Today she enjoys dancing with a group of residents she met at Eskaton Hazel Shirley Manor. "As long as I keep moving, I'll keep going," Kazuko said. She has enjoyed dancing at the senior center and the Cherry Blossom festival in San Francisco.

Kazuko dressed in full kimono and posed in front of a photo of her (left) at 19 years old. "That was my real hair," she proudly stated. Many of the young Japanese ladies in that era supplemented their hair for this traditional, full-volume up do.