ROSEVILLE, Calif., -- Eskaton, a nonprofit provider of senior services celebrating 50 years in Northern California, recently launched a groundbreaking technology solution at Eskaton Village Roseville. “Eskaton Connect will turn senior living apartments into smart homes allowing each resident to manage their day-to-day activities,” said Sheri Peifer, Eskaton senior vice president and chief strategy officer. “We partnered with K4Connect to customize its platform for our residents to use to turn on and off lights, set reminders, track fitness, video call family and much more.”

“It felt like Christmas when we handed out the tablets,” said Vicky Cross, executive director. “Residents were smiling and eager to learn how to use this new technology.”

Tech savvy Doris Herrilson, 93, began using a computer about 10 years ago when she first moved to Eskaton. “When I was learning the computer, I wanted to throw it out a window,” said Herrilson laughing. “I’ve come a long way.” To keep her brain sharp, Herrilson uses her new tablet to play solitaire, checkers and “Who Wants to Be a Millionaire,” but the Eskaton Connect fitness tracker is one of her favorite features. She currently walks 3,000 steps per day and just set her new goal to 4,000. 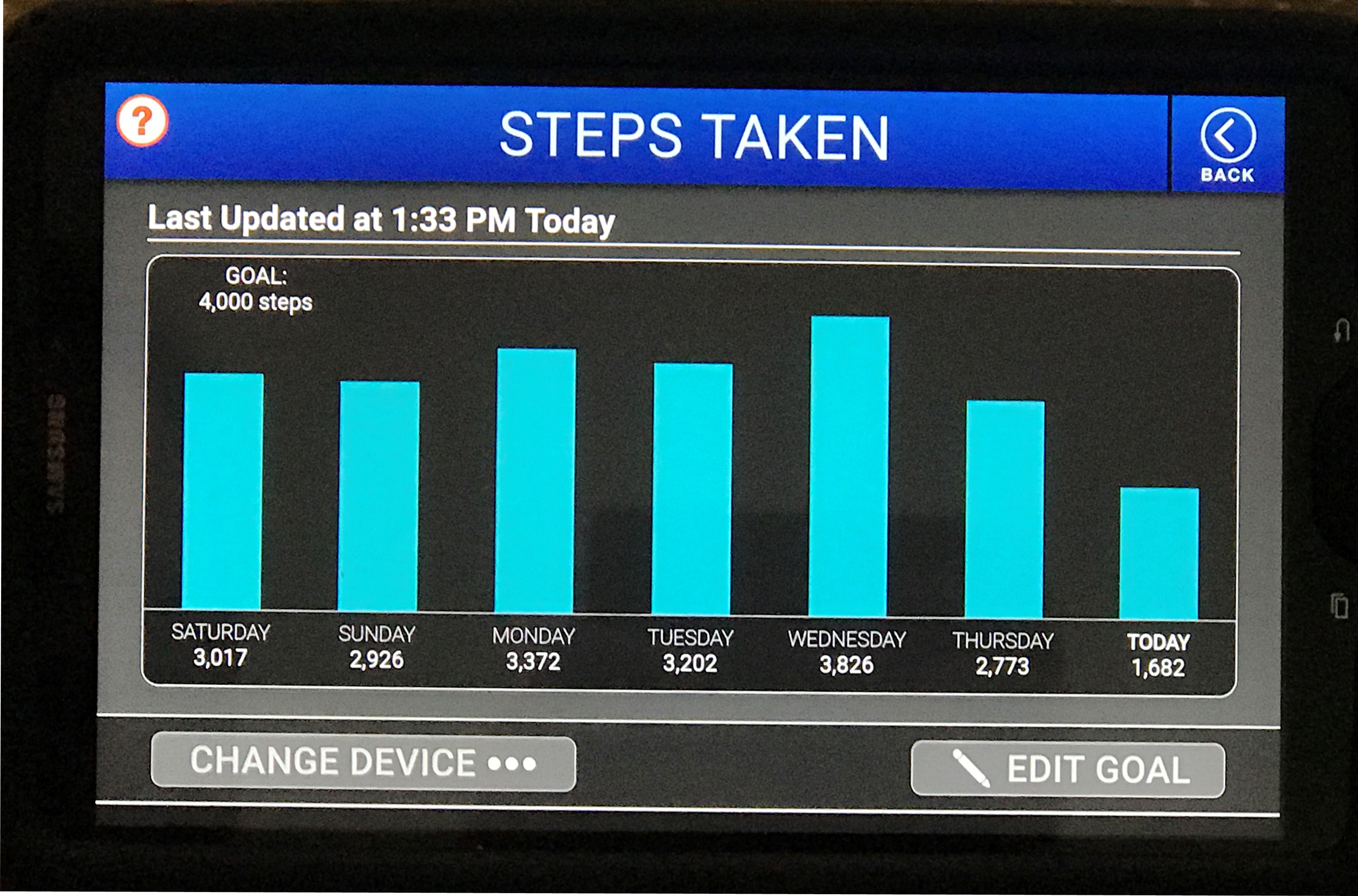 The fitness tracker is one of dozens of features in the Eskaton Connect platform. K4Connect will continue to introduce new features that are proven to enrich the lives of seniors.

Clyde Cummings, 65, a Mac user, developed difficulties typing. “It was hard with the Parkinson’s because of my twitching,” said Cummings. He is looking forward to using Eskaton Connect to communicate with his 21-year-old daughter living in Australia. Because he doesn’t use social media, FaceTime or Skype, he doesn’t get to see or talk to his daughter often. Eskaton Connect will allow him to import his contacts, send them messages and video call his friends and family. 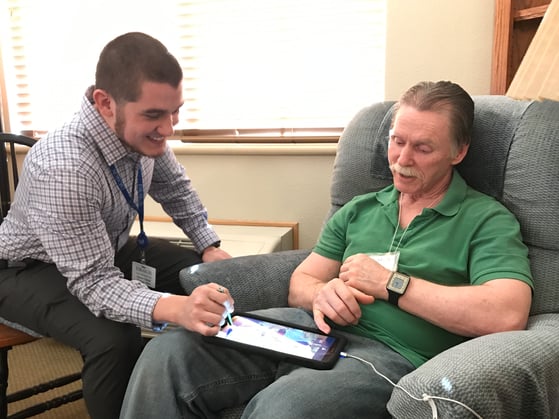 Low tech users are excited about the tablet too. “Our 72 residents are invited to trainings each week, and we have Sacramento State Gerontology interns here multiple times a week to help -- which takes a lot of weight off our staff,” said Cross.

“I was initially worried about the amount of time it would take to deploy Eskaton Connect, but this process has been simple and the residents love it,” Cross explained. “K4 Community along with our Eskaton Innovation department streamlined the process to ensure it can be scaled across all our communities.” 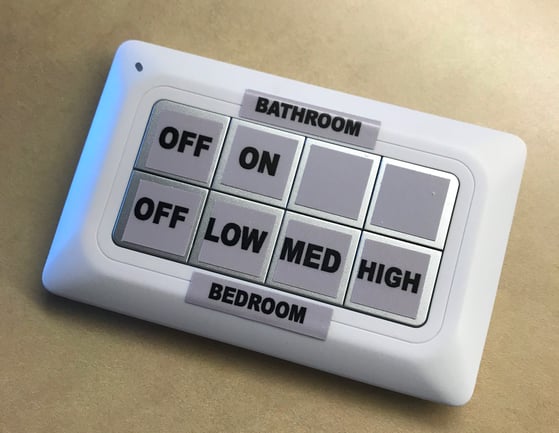 Eskaton Connect includes a portable bedside clicker for turning on and off the lights, reducing the risk of falling in the dark by walking to and from the light switch.