Eskaton Examines What it’s Like to Live Well with Dementia

Eskaton, a nonprofit with 50 years of experience serving seniors, is working hard at identifying a new language for dementia and Alzheimer's care and is hosting an interactive dementia tour.

In the United States alone there are approximately five million people living with dementia. “Dementia is a feared word in today’s society and is often misunderstood.” said Vicky Cross, executive director of Eskaton Village Roseville. “At Eskaton we define dementia as a change in the way a person experiences the world.” Over the last two years, Eskaton has examined what it means to live well with dementia, addressing the label and the stigma the word often carriers.

Learning about what it's like living with Alzheimer's disease or dementia helps family members and care partners better understand what a person might be experiencing at any given moment. The Eskaton Village Roseville dementia tour is an open house and simulation to better educated family members.

“Oftentimes the stigma and fear attached to dementia is worse than the dementia itself,” noted Cross. “To create an inclusive culture where all people thrive, we engaged with persons living with dementia, their care partners and family members. We learned that each person’s journey with dementia is different."

For example, one person may experience vision or auditory changes and another person may experience challenges with navigation or speaking. Through the Eskaton Well-Being Initiative, the Eskaton Village Roseville team looked critically at how the environment, relationships and culture all contributed to a person’s ability to live well with dementia or Alzheimer's disease. "We believe in the right supportive environment it is possible to live well and even thrive with dementia," concluded Cross.

To reserve a space at the Eskaton virtual dementia tour, which is courtesy of Senior Helpers Sacramento, please call 916-238-6361 or email courtney.wagner@eskaton.org. Space is limited, so reserve your spot today. 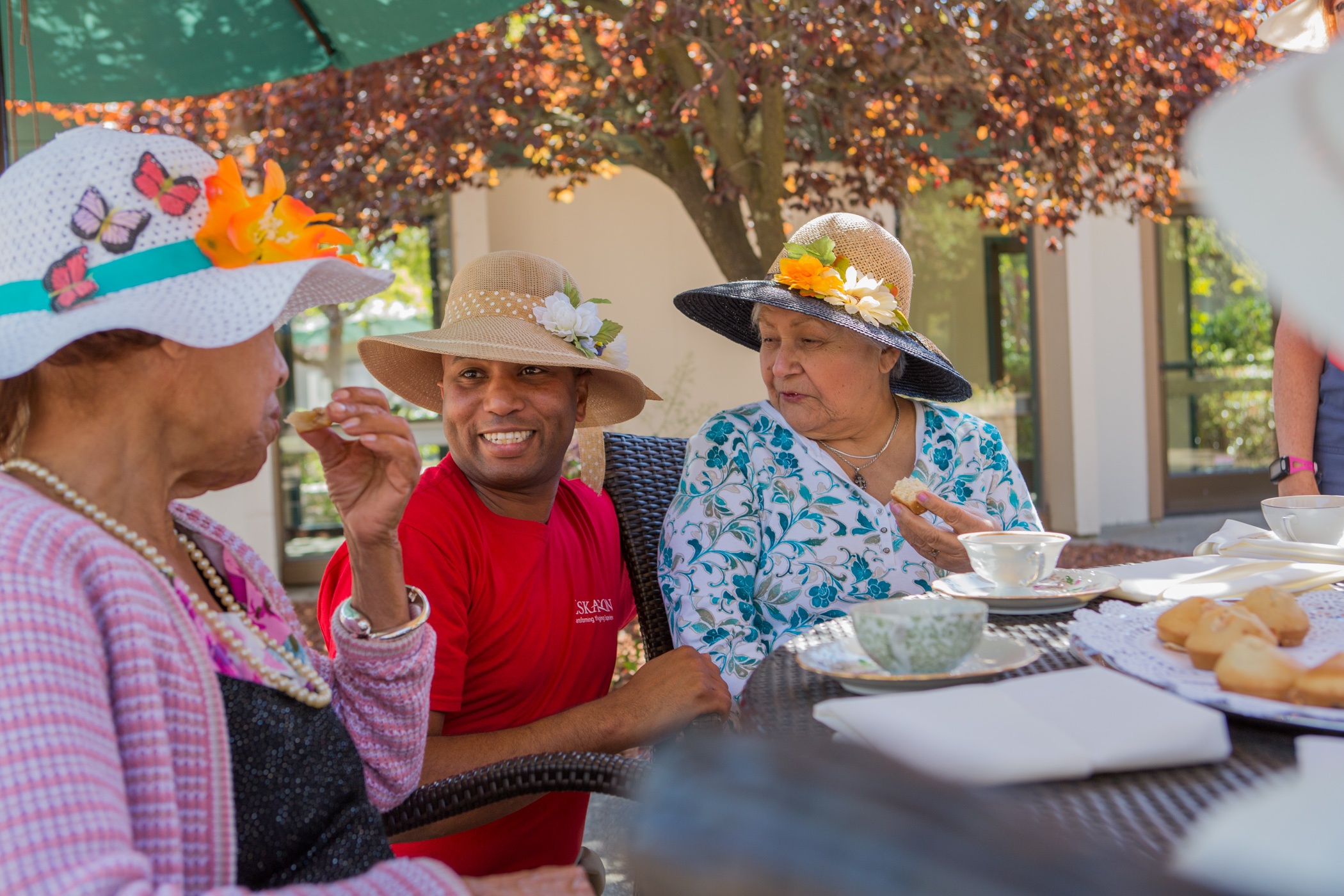