Generations Working Together at Eskaton

Generally on your first job, you might be working with people your own age, but for Kylie her first job experience is unique. Kylie, a 16 year who is home schooled, aspires to join the Air Force and learn to be a mechanic, but in the meantime she chose to work at Eskaton Village Grass Valley to pursue an interest in cooking.

In the kitchen, Kylie enjoys learning about ingredients, recipes and nutrition. “I love cooking at home,” she said. At Eskaton, as a prep cook she helps make entrees and desserts. She recently learned to make Vanilla Mint Fruit Salad with raspberries, blue berries, strawberries, fresh mint and lime juice. And she likes tasting what she makes. “Every six weeks we start a new menu with a different fruit for each season,” she explained.

“What I like most about my job is the excitement and fun around new recipes,” said Kylie adding, “and the people I work with.” Kylie gets to learn from those around her, like Danny, 81, who has a 65 year jump on life ahead of her. “It is definitely different working with a variety of ages,” said Kylie.

Danny came out of retirement a few years ago because, “I got tired of watching TV all day,” he said. However, that was not the only reason. “When you are on social security, it’s a necessity to make ends meet,” he explained. Danny retired from a 50 year career in construction. As a native Californian, he took drafting classes at a Los Angeles area college before becoming a carpenter. He worked in Sothern California, the Bay area and Marin County during his career, and he still drafts up plans for home extensions today.

Danny’s only kitchen experience outside of cooking for his disabled wife, was at the Northridge restaurant in Nevada City. “It’s a good feeling to come to work in good health,” said Danny. Similar to many family caregivers he explains, “I relax when I come to work.”

Danny described what it’s like to work with people a fraction of his age. “They would be lost if the satellites went down,” he said laughing, “I never had a phone to distract me.” 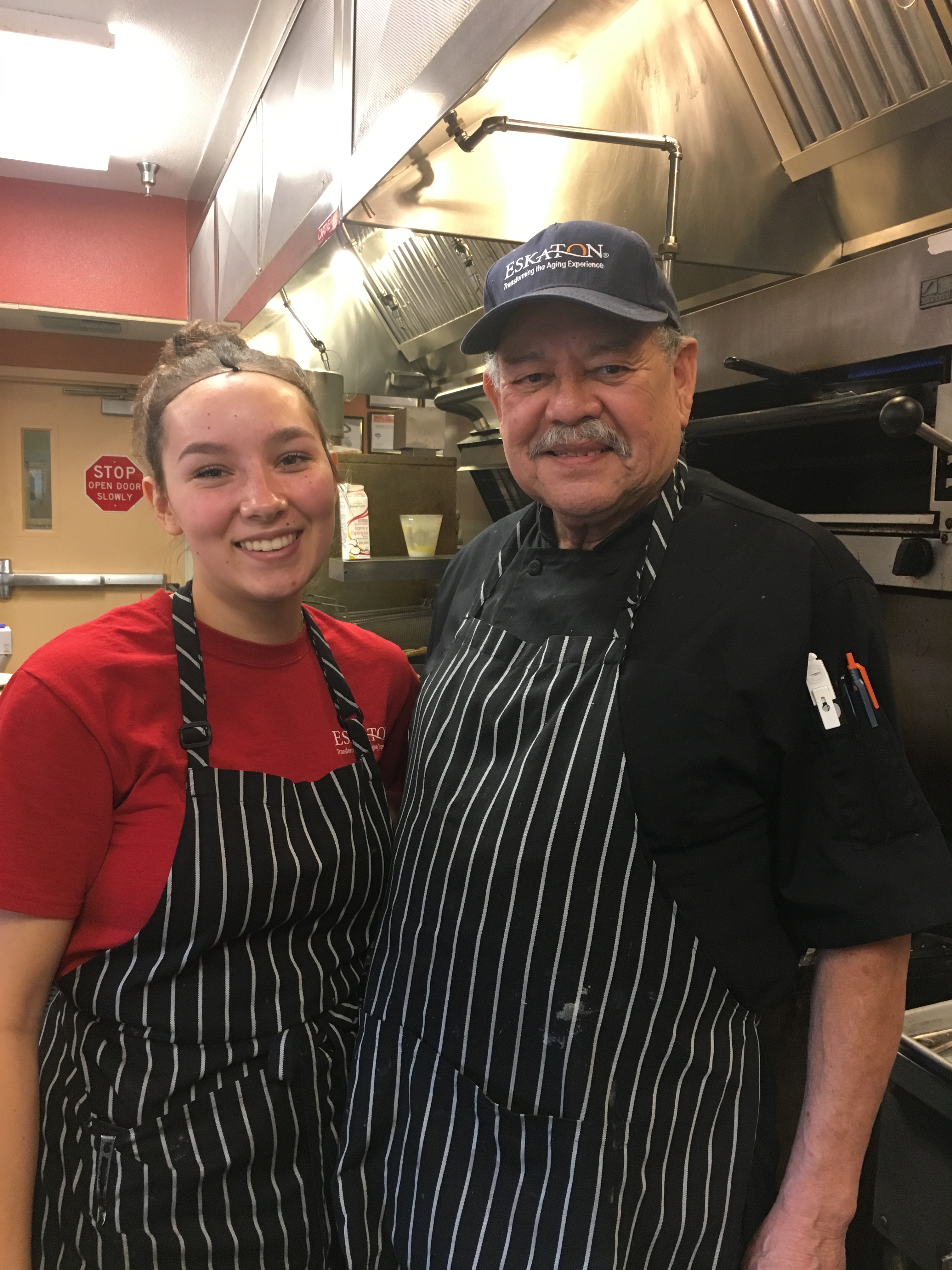 Working with different generations can sometimes be difficult, but he doesn’t see the generation gap as an issue. Danny will occasionally step in to help teach a coworker how to spell or do a task. “I really appreciate how the kids treat the people around here.” The main difference he sees between himself and his co-workers is that he prefers precision, and others are good at improvising in situations such as replacing a missing ingredient.

Kylie said the interactions with coworkers and the cooking is a great part of the job. She’s excited to learn the new recipes and even has excitement to work with everyone. The recent recipes, particularly the desserts, are some of Kylie’s favorites to do, as they are challenging, but she doesn’t mind getting help from Danny or the others. Danny jokingly said that he is amazed that the younger generation can multitask while on their phones at times. He laughed and then said, "Times have changed."

“Everyone tries to have fun at work,” said Kylie, “even though they are serious about their job.” Both Kylie and Danny are thankful for the interaction and experience their jobs provide.